Bach Icd
Jan 10 2019
ADVERTISEMENT
When we hear the name of Steve Jobs, we know there will be something related to Apple.
Foster+ Partners is a well-known company in the USA. They have completed many successful projects not only in the states but in all around the world. They completed the conceptual Tulip Tower in London, York University station in Toronto. And A bunch of Apple-related futuristic architectural works in California. For example apple Park in Cupertino, California.
After completing the Cupertino Apple Park, there had been a demand. So this time Fosters+Partners built a place for people to socialize and meet. Yes, it is the Steve Jobs Theater. This theater was accepted as one of the architectural wonders in the world. The aim is the gathering people to get to know one another. Yet, over the time, the theater has started to serve for different purposes too.
This futuristic Steve Jobs Theater is located in the middle of pine trees. It has a lens-shaped roof. The roof has a 135-foot diameter glass cylinder providing a 360-degree view of the surroundings. The structure had a four-layer glass support system. This system is holding the world’s biggest carbon fiber roof weighs 80.7  tons. It also consists of 44 radial panels that are put together on the foundation.  It also includes a glass elevator. Glass elevator has spiral rails and two sculpted stone stairways.
What do you think about this futuristic Steve Jobs Theater? 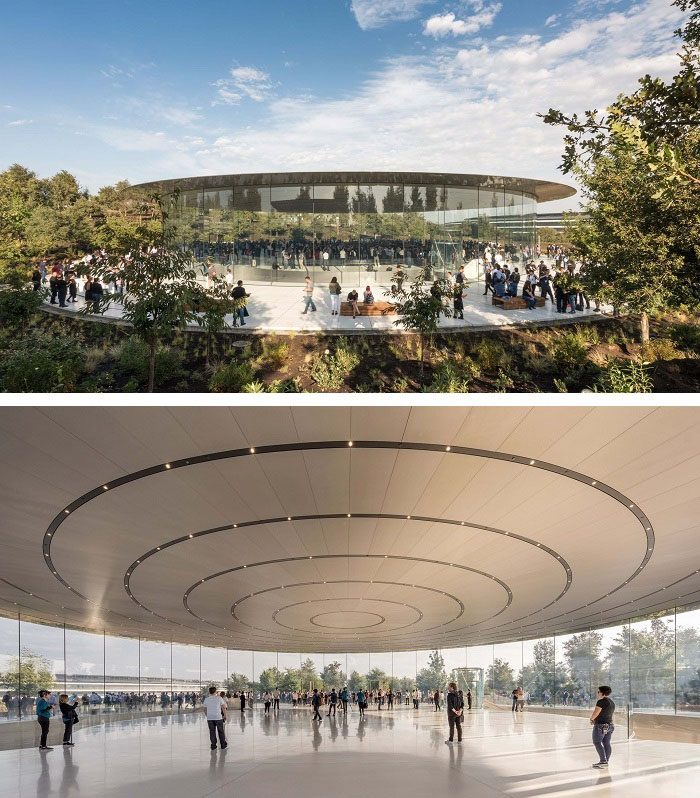 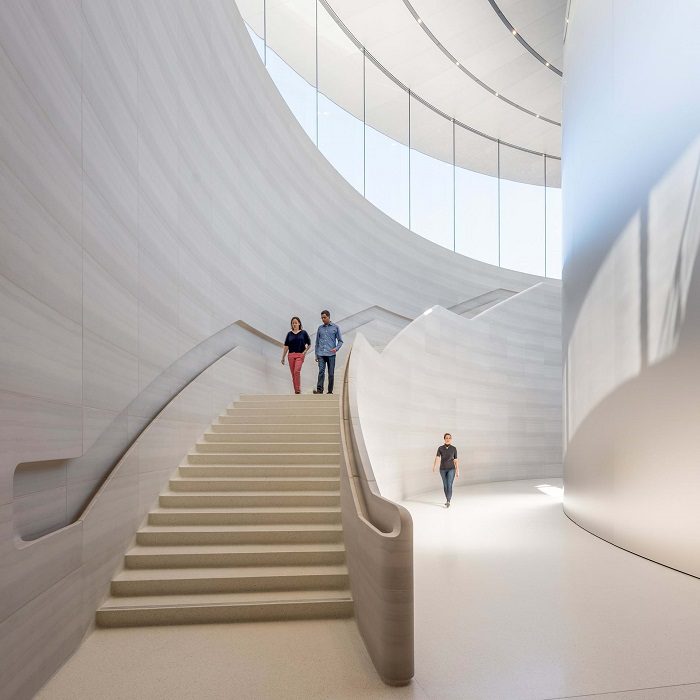 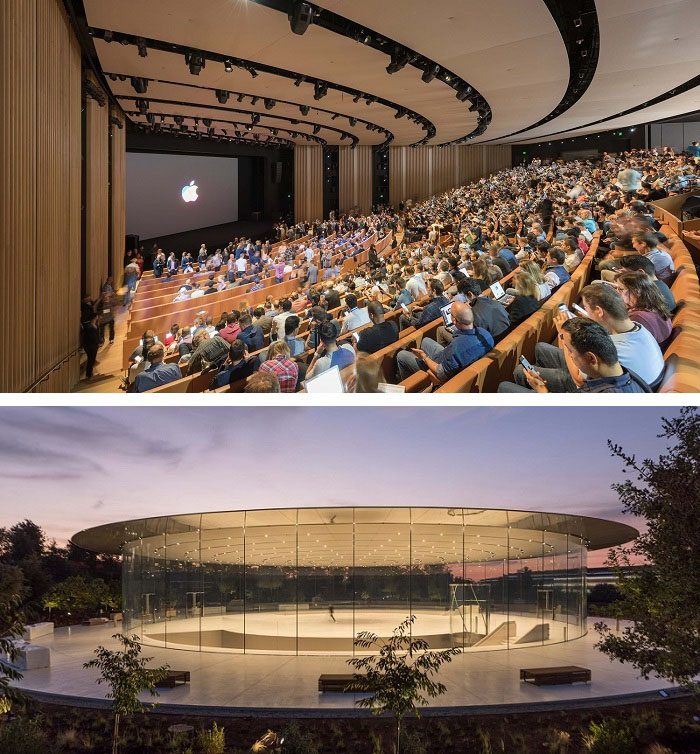